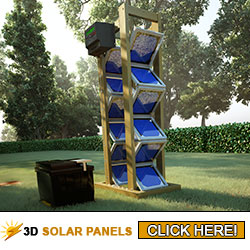 Whatever valuable information FRET methods yield on protein activity and conformational changes, this information is obtained from data that are generally collected from a molecular population. Because it is generally admitted that many 3D conformations may correspond to the same level of free energy, such data may as well reflect the heterogeneity of the molecular population or characterize a homogeneous intermediate conformation. For that reason, a quest for methods allowing the visualization of the conformational change of a single molecule appears necessary, especially for monitoring intermediate conformations occurring during protein activity. Although the earlier optical methods were devoted to monitoring diffusion of macromolecules, recent developments are now focused on what is called "dynamic structural biology." In such a research field, methods allowing detection of changes of distance and/or orientation between two precise sites located on a macromolecule, or two different macromolecules, are required. Two optical methods, FRET and fluorescence polarization anisotropy (FPA), have been recently adapted for single-molecule detection (78). Whereas FRET efficiency depends on both the relative distance and the orientation of donor and acceptor, FPA efficiency depends only on changes in the orientation of one fluorophore. Thus, optimal experiments will consist of using both techniques at a time, a situation that is rarely met. On one hand, FPA requires only one fluorescent tag per macromolecule, which limits investigation of chemical synthesis. On the other hand, FPA consists of comparing the intensity of fluorescence polarized in the same direction as that of the excitation light (Ipar) with that of the fluorescence polarized in a perpendicular direction (Iperp). Such a comparison may be difficult to quantify when the signal intensities are low and in the presence of a large background signal. However, when a fluorophore is either rigidly attached or tethered to a macromolecule, changes in FPA can be interpreted in terms of angular movements of that macromolecule, but bulk averaging may mask important information on dynamic changes in orientation.

Recording the fluorescence issued from a single molecule is not an easy task owing to the low-intensity signal. First of all, it is necessary to be sure that the recorded signal really comes from a unique molecule, which is generally achieved by using ultralow fluorophore concentrations and confocal microscopy. As an example, concentrations of fluorescent molecules are usually in the range of 10 to 30 pmol. Under these conditions, in a diffraction-limited excitation volume of about 0.5 fL, the probability of single-molecule occupancy is about 0.01, compared with the probability of simultaneous double-molecule occupancy of 5 x 10-5. Thus, the signal intensity is generally far lower than that of the background, especially when measurements are performed with living cells, and must be extracted from this background. This can be achieved with single-photon-counting avalanche photodiodes, allowing detection of single-molecule photon bursts with integration times compatible with the rate of most biological events (<1 ms).

Techniques of single-pair FRET (spFRET) and single-molecule fluorescence polarization anisotropy (smFPA) have been developed for observing the conformational fluctuations and catalytic activities of enzymes at single-molecule resolution. They were first used for studying conformational changes and interactions of Staphylococcal nuclease (SNase) (79). In this study, intramolecular spFRET was measured between donor and acceptor fluoro-phores attached to single SNase protein immobilized on glass cover slips by means of hexahistidine tags. smFPA was performed with single-tagged SNase, and intermolecular spFRET was measured between donor-labeled SNase and acceptor-labeled DNA substrate. The use of spFRET has been extended to the study of conformational changes experienced by single molecules of chymo-trypsin inhibitor 2 when denatured in solution (80). Although single molecules have been detected in single living cells using fluorescent chimera such as transferrin-tetramethylrhodamine, it seems that the spFRET technique has not yet been used in living cells (81). One reason for this situation may be that, in living cells, autofluorescence results in too large of a background signal. Nevertheless, in another recent study, lateral motion of lipid microdomains in native muscle cell membrane was imaged, which could be considered as a pilot application of single-molecule microscopy to a living cell (82). The behavior of membrane-bound proteins tagged with GFP variants has also been recently studied at the single-molecule level (83-85).

To our knowledge, the first biological application of smFPA was reported on the axial rotation of actin filaments sliding over myosin motor molecules fixed on a glass surface (86). The conformational states of the myosin motor from the same biological system were studied 1 yr later (87). Orientation dependence of single-fluorophore intensity was used for monitoring confor-mational changes in F1-ATPase in real time. The fluorophore used, Cy3, was attached to the central subunit of this molecule and revealed that the subunit rotates in discrete 120° steps, each step being driven by the hydrolysis of one adenosine triphosphate molecule (88). Although these experiments were performed with enzymes fixed on a glass surface, they lead the way to studies of rotations of molecular motors.

Obviously, the use of both spFRET and smFPA at the intracellular level requires an increase in signal/background ratio. This cannot result from an increase in the integration time, which must remain in the millisecond range to be consistent with the speed of intracellular events. Likewise, the acquisition rate has its own technical limitations. Thus, the most efficient way to increase the signal/background ratio is to decrease the background intensity, which can be achieved by decreasing the irradiated intracellular volume. Three optical techniques are now available for that purpose.

Owing to the marvelous background rejection in total internal reflection fluorescence microscopy, this technique seems perfectly suitable for detecting signals of low intensity. It has been recently used for monitoring intracellular events such as chemotactic signaling, nucleocytoplasmic transport of proteins, and actin filament turnover (see ref. 89 and references therein).

Near-field scanning optical microscopy (NSOM) allows the creation of a subwavelength light source in close proximity to the surface of a sample to generate optical images with a lateral optical resolution below the diffraction limit. The optical probe is a tapered optical fiber chemically etched into a conical tip and metallized with an opaque metal coating leaving a clear aperture of about 20 to 100 nm at its apex. Excitation light issued from the optical fiber creates a nanometer-size excitation light source. When the tip is maintained a few nanometers above the cell surface, only fluorescent molecules located in the near field under the tip are excited (90). Thus, besides the classic mechanism used for scanning the cell, a feedback mechanism is necessary for maintaining the tip at a fixed distance from the cell surface during the scanning process (Fig. 9). This technique is of particular interest for studies of plasma membrane proteins or for proteins located close to or linked with the plasma membrane (91-93).

As mentioned earlier, multiphoton microscopy requires that two coherent photons "reach" the fluorescent target at the same time, so this technique only delivers efficient irradiation inside a tiny volume of the cell. Furthermore, this technique is not limited to exploration of the vicinity of the plasma membrane. Improvements in both equipment and data treatment have resulted in a spatial resolution in the 10-nm range (93,94). An elegant association of NSOM with the two-photon technology that has been described could well be the best way to reduce the background signal (85) and makes spFRET and smFPA usable in intact living cells.

Besides potentially invaluable information in the biomedical domain, optical studies of individual molecules already provide information about the dynamics of photophysical processes of these fluorophores (95,96). The existence of unexpected long-lasting "dark states" populated through irradiation has been evidenced and correlated to the protonated state of the fluorophore. This is a striking example of potential perturbations of biomolecules induced by the used exploration technique. Optical studies of single fluorescent molecules might also be used to address the question of potential differences in quantum yield for molecules that populate the different conformations associated with the same value of the free-energy scale during the protein-folding pathway (97).

There is no doubt that fluorescence microscopy at the single-molecule level will bring new insights into the dynamics of cellular molecular biology. However, that will require a perfect knowledge of the biophysical and photophysical properties of the used fluorescent reporters. It is anticipated that studies performed on specific 3D subdomains will be necessary to achieve these goals.

Global warming is a huge problem which will significantly affect every country in the world. Many people all over the world are trying to do whatever they can to help combat the effects of global warming. One of the ways that people can fight global warming is to reduce their dependence on non-renewable energy sources like oil and petroleum based products.